An alternative, simplified version of the USB-MIDI virtual COM converter on the Veroboard

Execution of a PCB for surface mounting and soldering of the SMD elements requires great skill. For less advanced people, I suggest a converter version using the Veroboard. The only SMD element is a processor, that requires soldering to the adapter. There are many descriptions on the Internet on how to do it with a soldering iron.

The firmware is the same that is used for the SMD version of the converter. Load the firmware via the SWD socket with a ST-LINK V2 and program STM32 ST-LINK Utility.

Below photos and schematic diagrams of the simplified converter version and the shield: 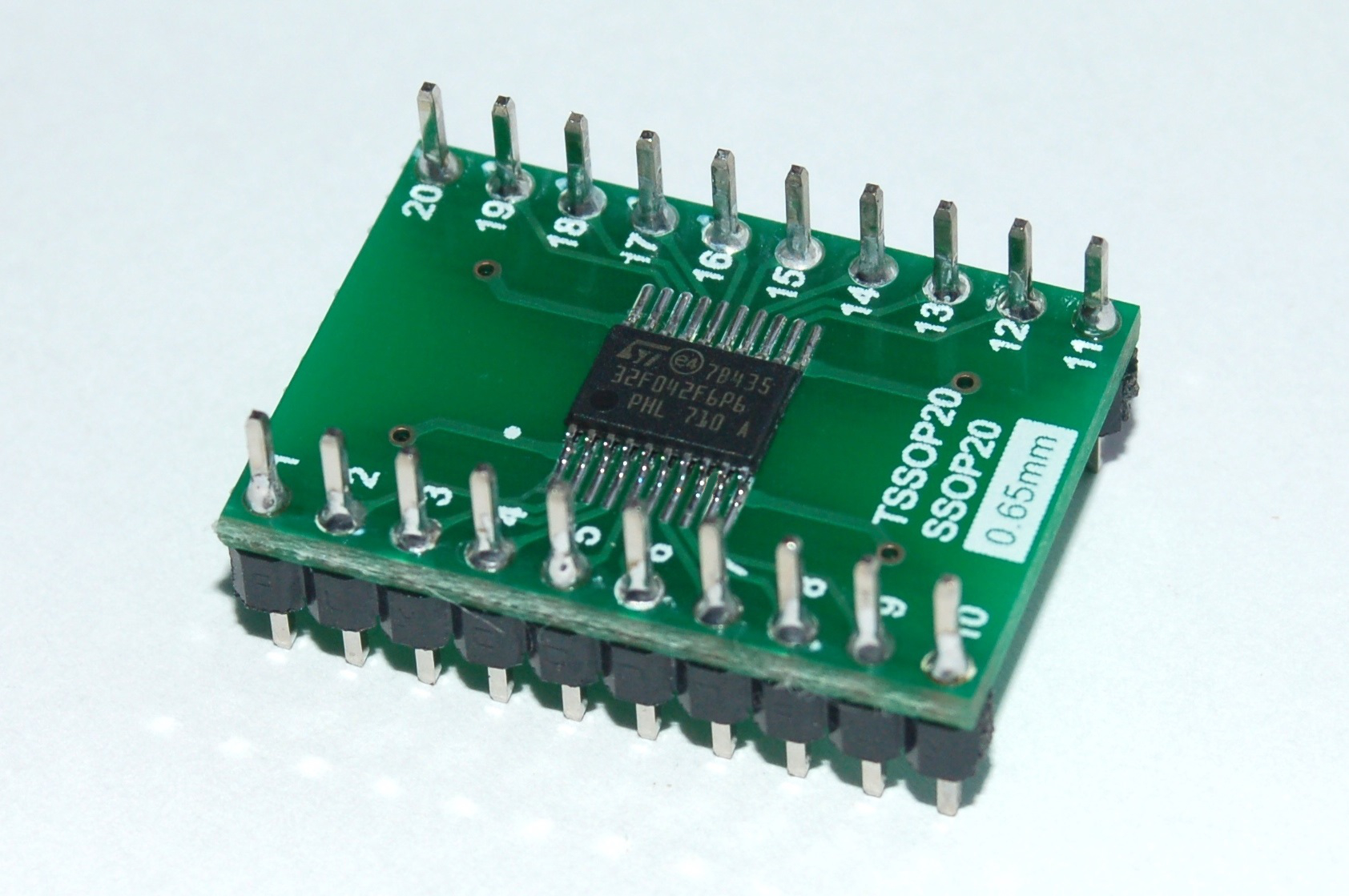 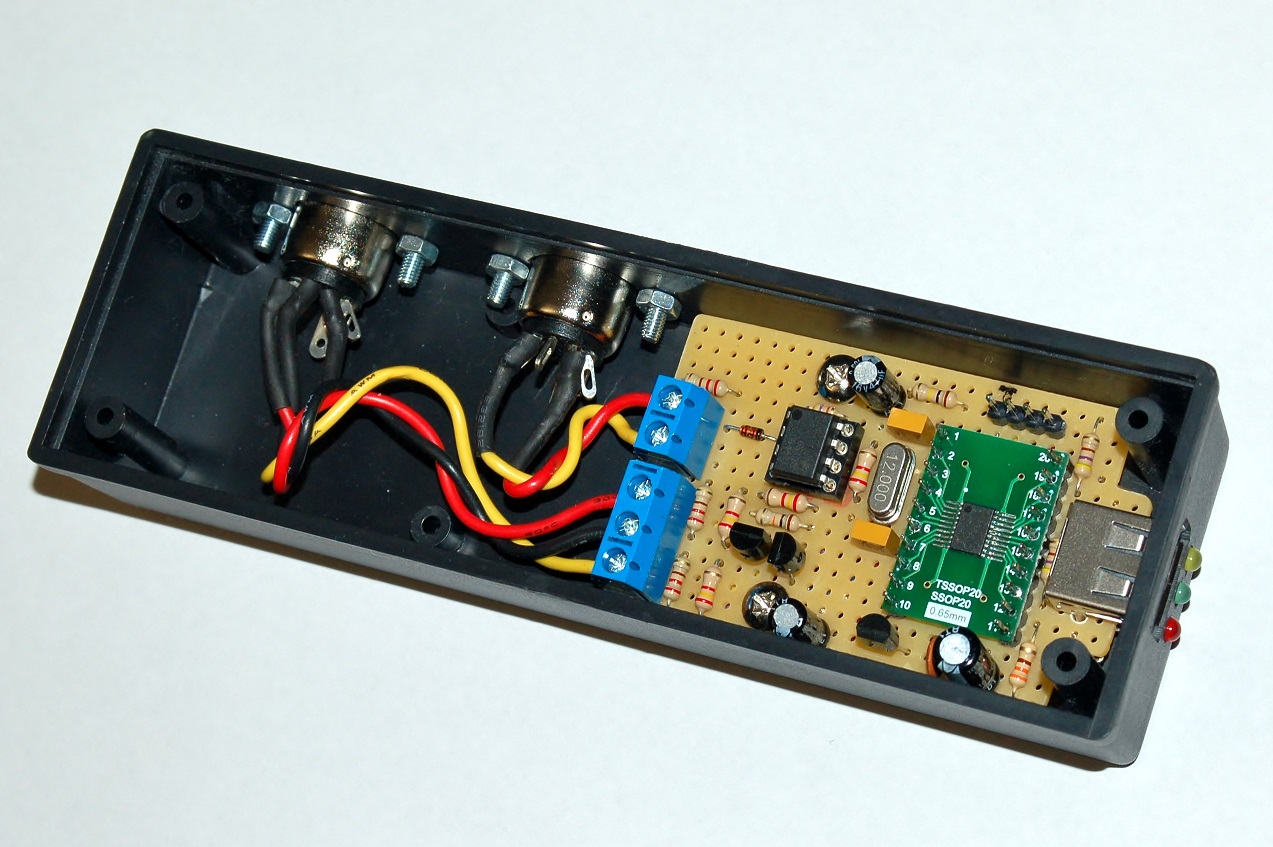 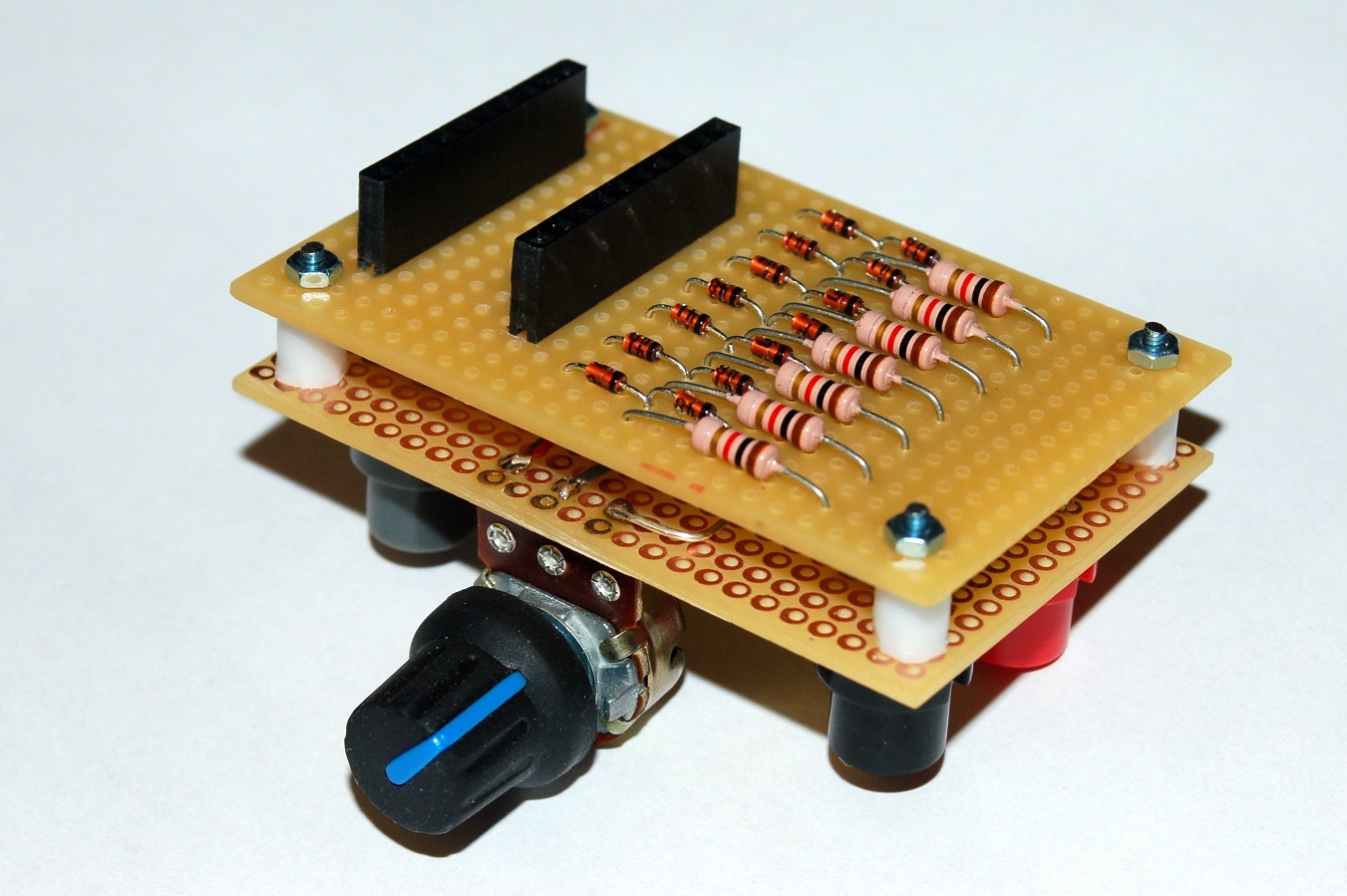 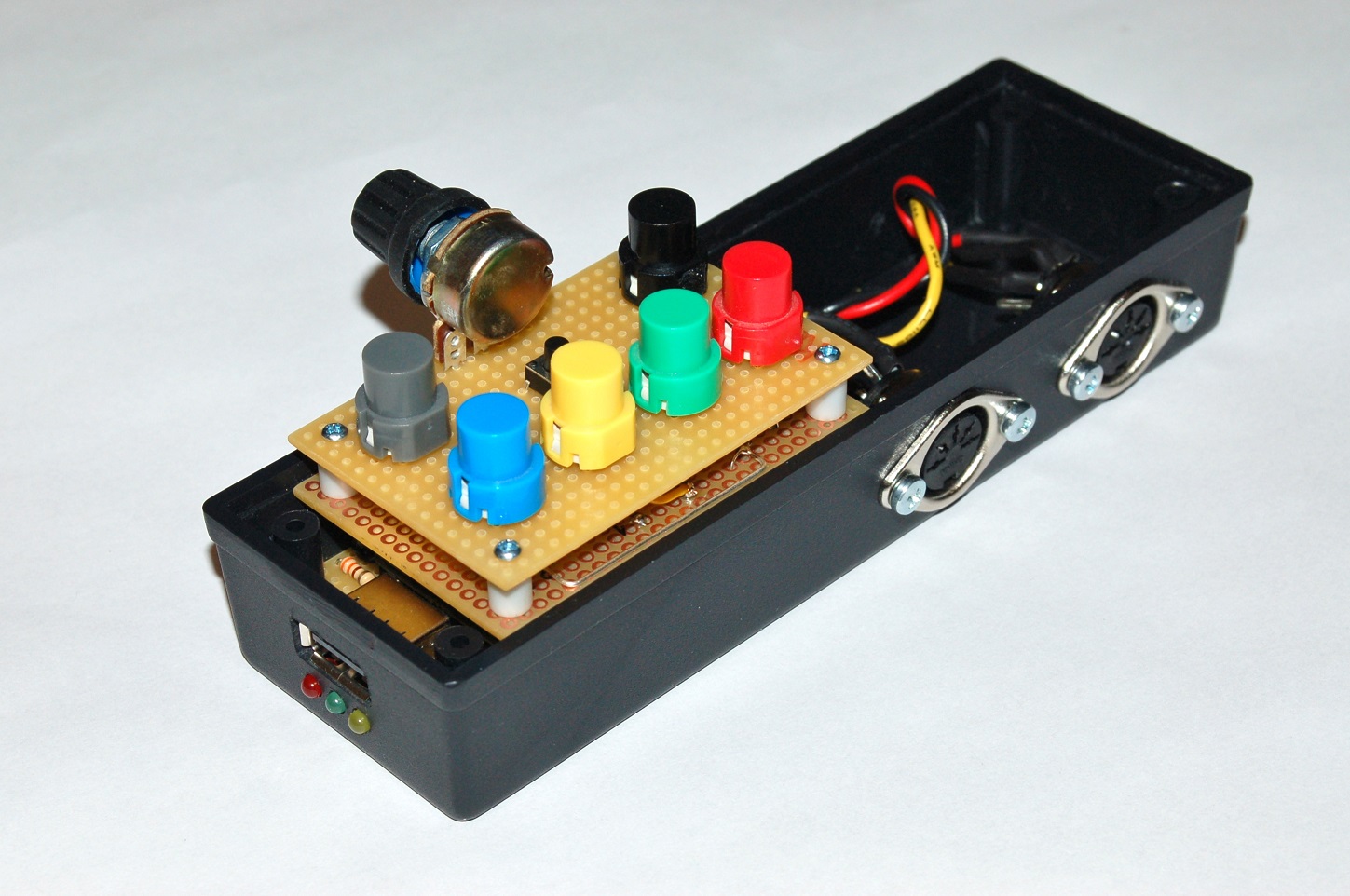 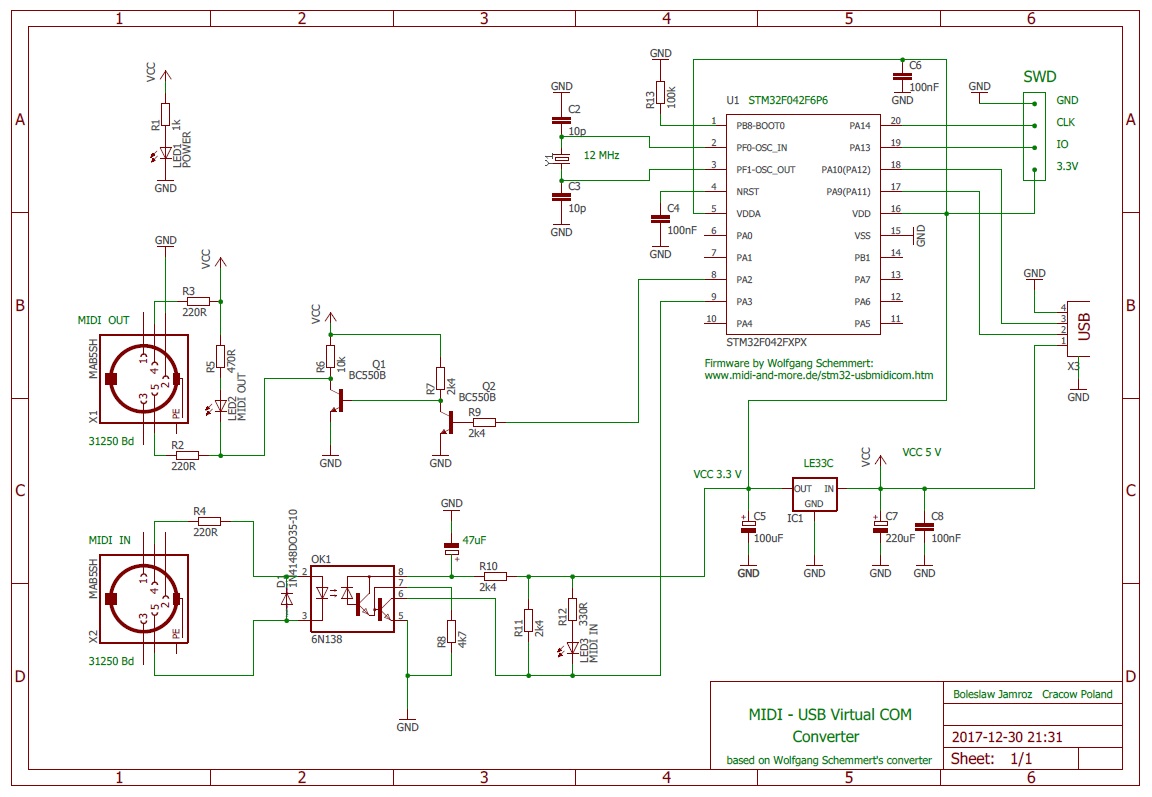 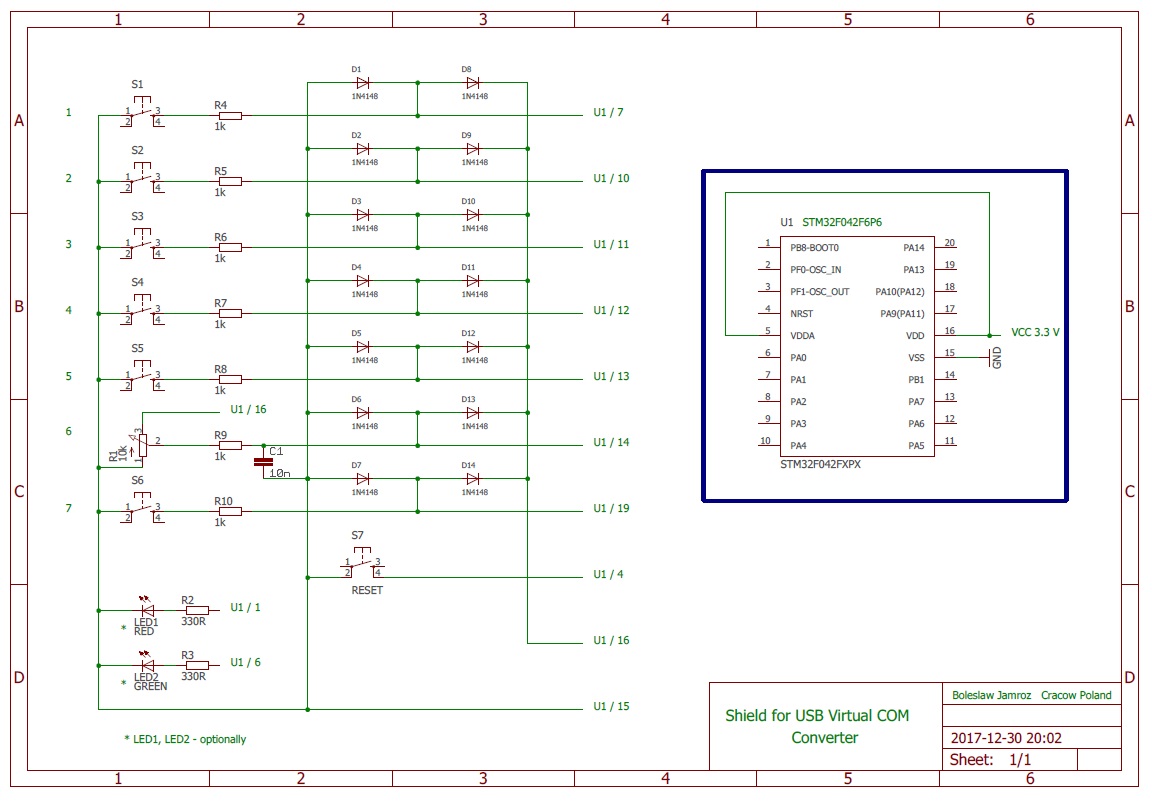